NOTE: No... the title I gave for this was bad... sorry for the scare. Tanked refers to the L4D Tank/Hulk model later in the article. Sorry for the confusion. I was a little tanked when I made the title.

It's hard to imagine but I've been working on Wall Worm for nearly three years now. When I started, my initial plan was to make it easy to get my custom models into Hammer. But, in time, it ballooned into a lot more.

So instead of finishing any projects, I've started several maps that get waylaid as I build new features in Wall Worm and learn all the ins-and-outs of Source, 3ds Max and more. I keep saying that I'm going to slow down on Wall Worm, but it's just so much fun working on it. As one WW user put it, WW is its own kind of creative project.

This blog post is mainly to share a few of the keynote features I've added into WW since the last post, some general news and some spotlights on Wall Worm users.

For the longest time, Wall Worm only had one importer--a material library importer. But earlier this year I saw a thread on the Facepunch forums where a young man named Corey "MarioKart64" Nguyen was developing a SMD importer for Max. I contacted Corey, and he happily allowed me to modify his code for WW and include it. I extended it to take a QC file so it will import the model, hulls, LODs and various settings. And it works in 3ds Max 2013-2014--which is something many Max users had been wanting since the legacy importers were never recompiled for later versions of Max.

I do expect to enhance the SMD importer in the future as many people want enhanced support for animated models. I honestly haven't tested that aspect of the importer, but will look at it when I get around to it.

I also finally caved in and built the VMF importer. This tool has been asked for a lot for a couple years. It's something that I didn't really expect to get motivated about because there are only a couple of my own levels I'd like to bring into Max from Source, and it took me longer to build the importer than I could have recreated those maps in Max. The VMF importer will import brush geometry, entities, displacements, visgroups and materials.

Ironically, even though people petitioned me to build this, no one has actually shared any feedback on using it now that it is out.

I've also updated the material library importer to use the latest WW Material Tool which applies a custom attribute to materials. This gives you a lot of control over the VMT parameters of a material inside the Max material editor. You can control a lot of Source attributes, including things like Tree Sway in CS:GO, etc.

I've been a longtime proponent of using 3ds Max for Source level design. Even those who liked the idea have often balked because, in order to make entities, you had to buy a program called Convexity from Maple3D--as Wall Worm had no native way to make entities. Because of that, many people still had to use Hammer to place spawns, etc.

Those days are over. I finally built a native entity tool inside Wall Worm. Now you can do all entity scripting directly inside 3ds Max. This includes complete input and output support.

The inability to properly export CAT/Biped rigs has been a longtime thorn in my side. CAT/Biped rigs are not standard parent/child systems like in a regular bone system. And for a long time, I overcomplicated the problem in my head. But thanks to Denis Trofimov on CG Society, I got a simple solution to my dilemma.

So now you can use these advanced systems to create robust animations for your characters. Learn more about using CAT/Biped with WW.

I have rebuilt the displacement system. They should work faster and more conveniently... although I haven't had time to demonstrate these updates or document them well.

I have mixed feelings about this one. Maple3D has officially closed shop on Convexity. I have been a longtime fan and user of Convexity, and I've been in semi-regular contact with Michael Little, the developer, since 2009.

I can't really say with authority all that transpired for Little to make this decision, but I feel partially responsible. I've built several tools that overlap with Convexity, such as the VMF Exporter, Material Library Generator... and most recently the Entity tools. Perhaps Michael felt betrayed... but I hope not. I've been promoting his tools all along--and there are many things in Convexity that are far beyond my capacity to build, such as the various wall tools, wall editors, library shapes, etc. Those things that I built that overlap with Convexity are those things that were limited in Convexity that I needed to be either expanded or fixed... and it became clear that Michael had little incentive or inspiration to address them.

I'm really sad to hear this news; I hope that Michael changes his mind and goes forward with some of the additions he was working on. But according to the Maple3D website, there will be no versions of Convexity for future versions of Max. Michael hasn't responded to me since I told him I built the Entity tools in WW; I hope that he is just too busy to respond, as I have always held him in very high regard personally. I consider myself a fan.

My personal guinea pig for Wall Worm is Gulliver "K@rt" Thoday. He always gets the benefit of testing bleeding edge versions of Wall Worm that are liable to crash Max or foul the local water supply. Despite the nasty expletives (made even nastier due to his strong British accent), he seems to take it all in stride. 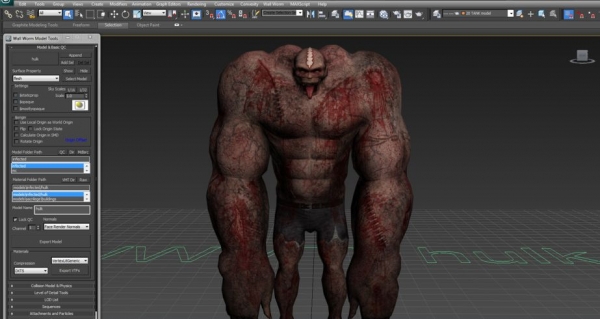 Gulli recently released a beta of the Tank model for Left 4 Dead 2. It's pretty damn sweet. Furthermore, it shows an example of what you can accomplish with Max and Wall Worm. Of course it wasn't made entirely in Wall Worm, but WWMT played a significant role in helping him get the model out. He said, "As always WWMT has been of great assistance in helping to keep things simple and organized and generally speeding up the whole process of exporting, compiling and testing my models." 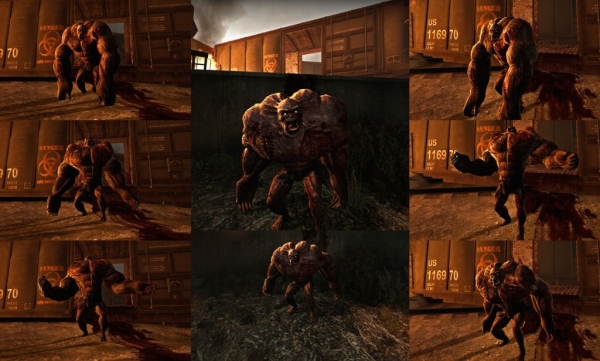 In an upcoming newsletter I hope to have an interview of another Wall Worm user that many of you in the mapping world may well already know: Rick "RickD" Underhill has been a great supporter to me. His map de_favela was recently added to the official distribution of Counter-Strike: Global Offensive and was featured in the Operation Payback project.

Look forward to an exhaustive interview of Rick, who works at Dice; He said this about Wall Worm: "Wall Worm is the only reason I finish projects!" I'm sure he has many other valid reasons... but it's a strong endorsement.

And, here is an updated screen shot of de_sacrilege for CS:GO. It's a level I've been working on for far too long. It's very disjointed in style because of the span of time I've been working on it. Despite that, it has served me well as ground-zero for testing new WW features and tools. I'll hopefully finally release it soon. 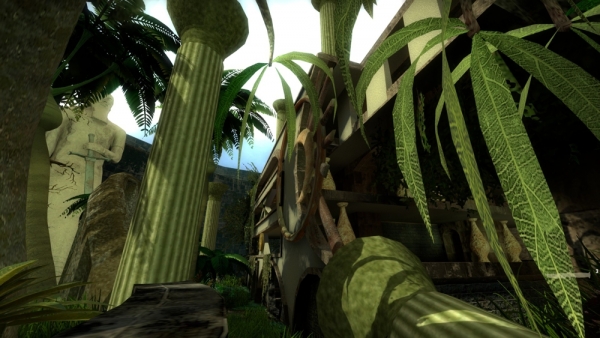 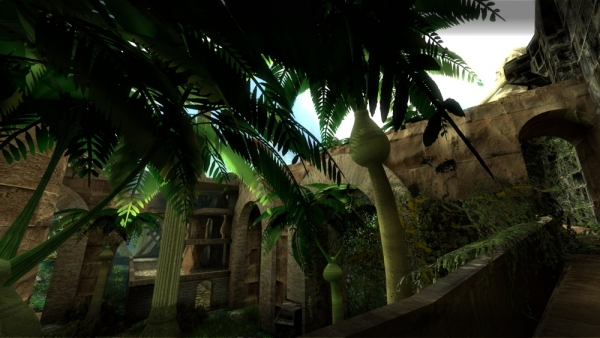 Finally, I wanted to share this tidbit. I've added a new section of boards on the WW Forums. This section is premium that you have to pay to view and post in. The point of this is to give an incentive to users to help fund the WW project. Mainly, my goal is to get enough from WW to pay for my annual Autodesk subscription fees. You'll gain access to a little higher priority for my response time as well as the ability to vote for future features. I've also started a Premium Tips section where I will add random advice on using Max and Wall Worm.