The Starter Kits functions allow your to quickly generate common brush or entity setups. These functions are meant to automate the creation of some common level design tasks such as adding player starts for some common games.

The options in the Generic Starters are common to all Source Engine games.

This button will generate a simple snadbox world sealed in for testing purposes. The size of the world will be determined by the World Size drop-down at the top of the UI. The floor will utilize a generic texture and the walls/ceiling will utilize tools/toolsskybox. This function also runs the Player and Light function below. 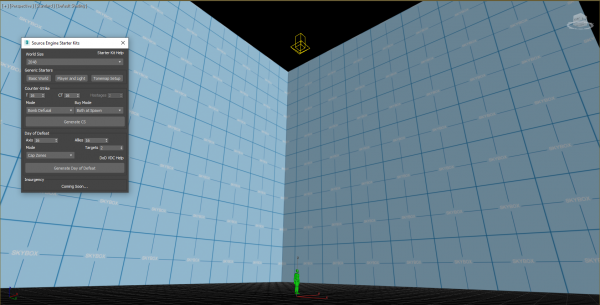 This entity will create an info_player_start entity at the world origin and a light_enviornment entity above the origin. 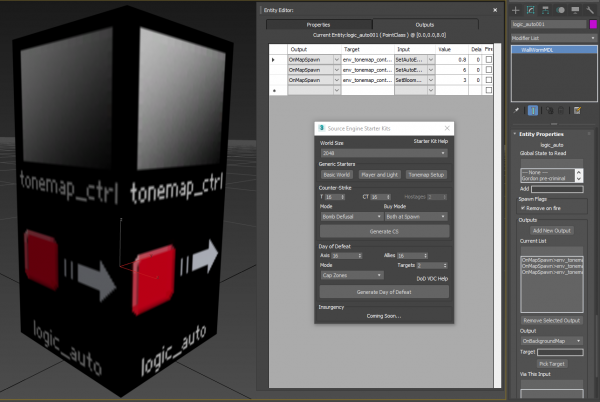 This setup is useful if you want to have your map change depending on the number of players in the scene.

These spinners will determine the number of each player spawn type to add into the scene.

This is the number of hostage entities to spawn. Note that it is only active if the Mode is set to Hostage. 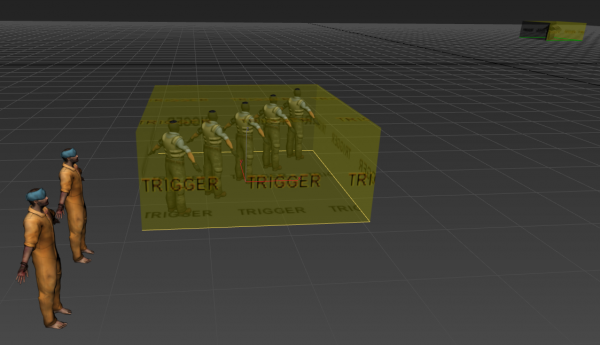 This setting determines whether the level is a Bomb Defusal or Hostage level.

Set which teams can buy and where the buy zones are.

This button will create the CS entities based on all the settings in the CS group.

These controls are specific to Day of Defeat: Source.

Set the number of Axis/Allies spawn entities to generate.

Choose the type of game mode for the level: Cap Zone or Detonation.

This will determine the number of targets to add to the scene. What types of targets actually added is dependent on the Mode setting. 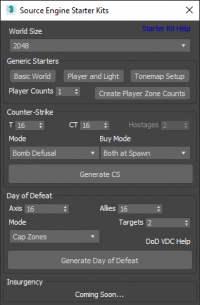