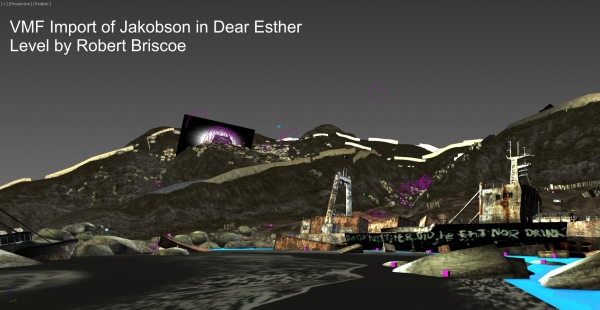 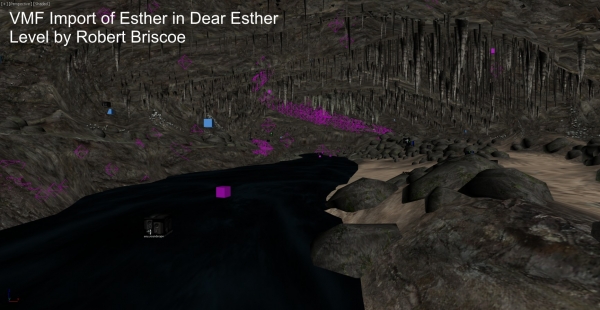 The VMF Importer in Wall Worm was commissioned for largely by Robert Briscoe of Dear Esther and released in a polished state in early October, 2013. More improvements were added for Black Mesa in 2016. At this time, the best version for importing levels is 3ds Max 2020.3; there is a bug in 3ds Max 2021 that causes the scenes to crash when importing blend materials.

Below is an overview of the current abilities of VMF Importer 1.0.

Before Importing a Level

The effectiveness of the VMF Importer can be affected by some of the settings you have in Wall Worm! Before importing a level, you should make sure that the following conditions are met:

Step 3 is necessary to correctly import entities into your scene. If you have problems parsing entities, see the docs on the Entity Cache.

Steps 4 is essential in order for the level to import the materials that are used in your level if your VTF files are stored inside a VPK. Also see the Washed Out Colors info in the Troubleshooting section.

Step 5 only works if all the QC/SMD files exist in your modelsrc folders. You do not need to do step 5 if using 3ds Max 2015+.

The VMF Importer is not a live link to the VMF file. The primary purpose is to bring current levels into Max so that you can finish them entirely inside 3ds Max with Wall Worm. It is not intended to keep going back and forth between Max and Hammer via the VMF importer/exporter.

The recommended process is:

This menu exists to set the default texture size that the importer will use to help calculate UVW scale. This option is necessary in the event that the importer cannot find a bitmap for a material in the imported scene--because the scaling of textures on faces in Source is determined in part by the actual texture size (unlike 3ds Max where the texture dimensions are irrelevant).

This spinner is a relic of when the VMF Importer was prone to the "Unknown System Exception" problem in the past. That problem has largely been circumvented. If you have a problem importing a scene and see the **unknown system exception** in the MAXScript listener, then you can bring this spinner up some to try and get past the problem. You should probably never bring this value above 10.

The rounding threshold is used to control a parameter for slicing brushes in the world. Leave it at 0.005 for your initial import. See troubleshooting below.

Press this button to browse for the VMF file that you want to import. If there are already objects in the scene, you will be prompted to continue the import or cancel the action.

This option will force the importer to skip generating objects that were hidden in the VMF.

Import Missing Models from QC (for Max 2014 and older)

This option is NOT recommended for Max 2015+. For versions of Max that do not support native MDL importing, you can turn this option on for the importer to do QC lookups in the modelsrc folders. If the QC is found, WW will bind the Wall WormMDL node to the QC. Understand that this slows down the import significantly and will slow down the opening of the scene in future Max sessions. You are recommended to use Max 2015+ to avoid this.

Import Props from Scene Entities (Not meant for Max 2015+)

If you've made a Prop Library already, then pressing the Import Props from Scene button will bring in the WWMT helpers as XREF Scenes. If not, then the import will import the WWMT Helpers as embedded WWMT helpers in the scene.

Props are first imported to a hidden layer called VMF_Exclude. Then WW creates proxies of these hidden objects and places them at the entity locations. Note that the root (hidden) models are assigned WWMT helpers that have much of the data from the original QC.

This button launches the VBSP parser and prop detail importer. That tool works best if you own the Detailer plugin from Wall Worm.

Use this button on scenes already imported. It will generate Named Selection Sets based on common Source "Autovisgroups". It will then immediately hide those belonging to the various tool texture types.

This function is not to be used if you intend to re-use the scene back in Source. It will destroy the Displacements and convert them to editable poly objects that are no longer understood as displacements.

This option is mainly to convert the Direct X Shaders on imported displacements to be removed and just use the standard Blend material in Max. Mainly for versions of 3ds Max that do not support the latest blend shaders in WW.

This is to create a matlib file from the materials in the scene.

This function will select any brushes in the scene that imported with a different number of sides than the VMF data provided. This can happen if there was an error rounding the data for brush slices. See troubleshooting below.

This will launch a little floater that will update as you select different brushes and show the UV/Material data used in that brush. See troubleshooting below.

This function will delete objects in the scene and rebuild them from the VMF data. See troubleshooting below.

Once your scene is imported, you may need to do some tweaking. There are occassions that some brushes fail to import correctly. There are also times that objects imported that you do not need (WW helper objects that may not be necessary if you are porting to a different game). Below are some topics to troubleshoot your imports.

Below are topics relating with fixing import problems.

Immediately after importing a VMF you should check for problems.

The ability to rebuild a brush is temporary! You can only rebuild a brush as long as you have not run another VMF Import or closed the file. Once you re-import the scene, the rebuild function is actually dangerous and should not be used again! In other words, only rebuild immediately after an import and do not import multiple VMFs into the same Max scene!

Fixing UVW Issues: Sometimes the UVW on a brush face is incorrect. There is a function to change the face's UVW. Like with the function for rebuilding geometry, above, the information for each brush's UVW coordinates is only available temporarily after the import. So it is important to do this after you import the scene.

Here is a collection of tips on getting going from here:

View of level Donnelly in Dear Esther inside 3ds Max.